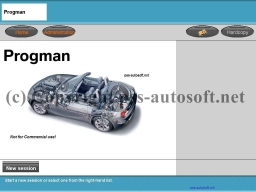 I am Mario Perez and I specialize in creating useful software applications for many purposes. I am an automotive enthusiast and have many years of programming and systems integration experience. I had been away from BMW maintenance for a number of years and after I moved to Europe with my wife, I got back into the BMW scene.

I began marketing these tools in 2013, and thought the beginning of 2019 have sold several thousand copies to people around the world on both eBay and via our regular website.

My tools always work, the tools to install and configure the BMW software were written by myself and no one else, and because of my years of experience I can always help determine solutions to almost any issue related to making the BMW diagnostic software work!

NOTE: Because I am an online presence, although my real home is officially Washington State, currently due to my wife being German with an aging mother, we are living in Germany taking care of her 91+ year old mother for the near future. I can still be reached though my US phone number and via email, though due to time zone differences I may not be able to actually answer your call so leave a message.

How did we get here?

Because long ago I when I had an E32 I found that there were ways to talk to the car, diagnose the car and even change the car parameters without going to the dealer using factory and dealer diagnostic Software. I found the raw software, found instructions from those who had done it before, followed them (after experimenting to figure out why there were often contradictory directions from install to install) and then used the software packages. As I had friends with similar issues, and because I then knew how to, I helped out installing copies of my own DIS and SSS, configuring the EDIABAS and making it work on their systems. What I discovered was that no one set of instructions covered all the systems out there and there are a lot of 'facts' that are not entirely true. And I learned that there were things that could determine how each computer would need to be configured for the specific version of Windows installed.

Because with the advent of newer versions of Windows I found that many of the old tried and true methods of making the BMW diagnostic tools functional were no longer so easy to manage for most people new to the tools. I thought I could apply the tools and methods I had created to create a universal Windows installer for the BMW tools that would work for any user no matter what version of Windows they were running. That is of course, as long of course as the basic hardware and software requirements were met.

At the end of 2017 I added in the BMW wiring diagram system (WDS) offering. It too is a tool that was designed for Windows back in the late 1990's and had some severe issues with modern versions of Windows. I found the shortcomings, programmed around them, created a DVD installation process that would allow the WDS to work on any Windows computer no matter which operating system was installed.

For the BMW diagnostic system I created a universal installation system that looks at the computer, the hardware and the operating system. Then it runs the install using all the parameters that are correct and work for that combination. The only requirements are a computer with adequate disk space for the install, Windows XP Professional, Windows Vista 32 or 64 bit, Windows 7 32 or 64 bit, or Windows 8.1 32 or 64 bit (however NOT Windows 8.0). It does work with Windows 10, but there are lots of potential issues with the operating system itself, so we prefer not to recommend it currently. The software is specifically designed to work with a "Real" RS232 Serial port OR connected using USB as well as the factory BMW diagnostic multiplexers (DK - German initials for "Diagnostic Head" or as they say "Dianosekopf" and popularly called a "Yellow Head", as well as the OPS and OPPS).

The only other issue is the computer - a older Windows based desktop computer is generally fine, if it meets the technical requirements and you have a place to use it near the car. Most people use a notebook (or laptop) which allows you to use it in the car. The screen on the laptop must have a minimum screen resolution of 1024 x 768 as the DIS and SSS are designed to work on that resolution. If you have a greater screen resolution (1280x800, 1280x1024, 1440x900 etc.), no problem. This is a case where newer and larger is not always better.

The best OS to use for maximum compatibility is Windows XP with SP3 and .NET 3.5 as it has the least amount of adaptations needed to let the EDIABAS software work. However our installation will install on Windows XP, Vista 32 or 64 bit, Windows 7 32 and 64 bit and Windows 8.1 32 and 64 bit as well as Windows 10 32 or 64 bit (but Windows 10 includes complications so we still do not recommend it).

The host computer should ideally be a clean install and MUST NOT contain any modern anti-virus or extra firewalls installed (though the Windows Firewall is fine). The only modern AV programs that work with the BMW software successfully are the "Windows Security Essentials" (XP through Windows 7) or "Windows Defender" (Windows 8 - Windows 10). All other AV programs WILL cause issues with connecting, diagnosing and coding. However, as your host computer will be used for maintaining your car not surfing the net, a working network should not be necessary. Well, it is not needed AFTER the install is complete. The installed downloads some packages from the Internet upon install, so until that is complete the host computer does need Internet access.

Some important notes about cables, car buses and computers

The above is approximate, different factories may have changed on different dates. The above is generally accepted for the USA/Canada.

Go to top
Go to top

Compatibility:The PSS EasyInstall BMW and Mini EDIABAS diagnostic software is specifically set up for the serial port version. However, once installed we include a utility to easily switch to any other supported cable type.

OEM Diagnostic Multiplexers:Not everyone can afford or needs one, but if you are going to be using one of the BMW DK "Yellow Head" multiplexers, understand that it is designed to work with pre-DCAN cars (but not all); for later K-Line cars with MOST or DCAN cars you will need an OPS or OPPS (depending upon your specific car model). This is a limitation built in by BMW.

Note:Using an OEM OPS OPPS head sometimes will not allow you full use of the software depending upon the limitations of the head. For example, using an OPS with an E46 makes it so that you can only use the DIS or the EDIABAS applications. The SSS Progman requires an EDIC interface (i.e. a DK "Yellow Head") and will not link if an OPS is used. This is one advantage to using an after-market cable as it gets around this limitation as we have modified the SSS Progman (hard coded) to connect and display either an EDIC interface, OPS interface or to automatically recognize the OEM interface type. And since we support ALL BMW interfaces, we have added a tool inside the SSS Progman to easily change which interface the system recognizes at will. Note that we’ve also ensured that the dreaded “12.4Volt” issue in Progman is addressed to any non-OEM type interface.

The advantage to the OEM type heads is that if your car supports the DK, OPS/OPPS and/or has M.O.S.T. support then the system performs much faster as the communication speed between car and computer is multiplied.

This listing is believed correct, however if you find an error please let us know.

A note on communication buses:

There are three interface types our system supports. ADS (Aktiven Diagnose Stecker or Active diagnostic connector), K-Line (also called "double K-Line" or sometimes simply "KK-Line"), and finally DCAN. There is a fourth interface that was introduced in 2008 or 2009 that we have zero support for, that is the E-Net interface, which requires completely different diagnostic software and was used with F-, G-, and I-Series cars.

ADS equipped cars started in about 1987 and continued until about 1997 (some models, such as SOME Z3’s and E38s continued to use ADS until 1999 or later in some markets). ADS cars require an ADS serial cable, not the EDIABAS/OBD serial cable that are (with some exceptions) commonly found on ebay or Amazon. Currently there are only three vendors we are aware of that offer the ADS cable. As of 2018 two of these vendors have added a USB version of the ADS cable, it seems to work fine with the early EDIABAS software.

The last non-OEM interface type we support is the DCAN interface. The DCAN interface was introduced in 2007 officially (03/2007 build dates for the majority of BMW, Mini and Rolls-Royce models). There are exceptions however as some cars with 2006 build dates have been found to have DCAN.

The DCAN interface always uses the in-car 16 pin OBD connector and therefore looks just like all the other cables. However currently this cable is ONLY offered as a dual-mode cable that supports the K-Line and DCAN. There is a special software tool we provide (as do most cable sellers) that allows the K+DCAN cables to work with both types of cars, which is in addition to the physical hardware connection differences.

All DVD's are 100% data-checked prior to shipping, but if somehow your DVD is damaged we will make it good.

*Note that all information is gleaned from a variety of sources, and we cannot verify all of data presented here. Information was pulled from sources including BMW documentation, and after-market diagnostic system providers.

pss-autosoft.net is not affiliated in any way with BMW Group of Companies.

ALL MATERIALS ARE PROVIDED “AS IS” WITHOUT WARRANTY OR ANY KIND. EXPRESS OR IMPLIED, INCLUDING WARRANTIES OF MERCHANTABILITY, FITNESS FOR A PARTICULAR PURPOSE, TITLE AND NON-INFRINGEMENT. MATERIALS MADE AVAILABLE ON THIS WEB SITE MAY INCLUDE INACCURACIES IN TECHNICAL DATA. pss-autosoft.net DISCLAIMS ALL WARRANTIES AND MAKES NO GUARANTEES REGARDING THE QUALITY, ACCURACY, COMPLETENESS OR SUITABILITY OF ALL MATERIALS MADE AVAILABLE. pss-autosoft.net DOES NOT REPRESENT THAT THE WEB USER CAN ACHIEVE ANY PERFORMANCE GAINS REPORTED BY MATERIALS HEREIN.

IN NO EVENT WILL pss-autosoft.net, OR ANY PERSON OR ENTITY INVOLVED IN CREATING, PRODUCING OR DISTRIBUTING INFORMATION AT THIS WEB SITE BE LIABLE FOR ANY DAMAGES, INCLUDING, WITHOUT LIMITATION TO, DIRECT, INDIRECT, INCIDENTAL, SPECIAL, CONSEQUENTIAL OR PUNITIVE DAMAGES ARISING OUT OF THE USE OF OR INABILITY TO USE pss-autosoft.net. WEB USERS HEREBY ACKNOWLEDGE THAT THE PROVISIONS OF THIS SECTION SHALL APPLY TO ALL CONTENT ON pss-autosoft.net. pss-autosoft.NET RESERVES THE RIGHT TO CHANGE ANY INFORMATOIN ON THIS WEB SITE AT ANY TIME.